Still waiting for my mojo to return ...

... but I finally finished a sewing project.

This is a doll/toy mei tai for a little girl's second birthday. Reversible - and I figured the brown straps would hide the red dirt well where she lives up in the north of Western Australia! 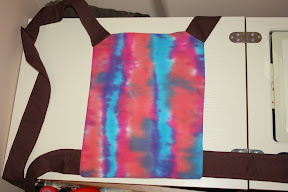 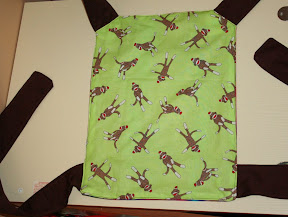 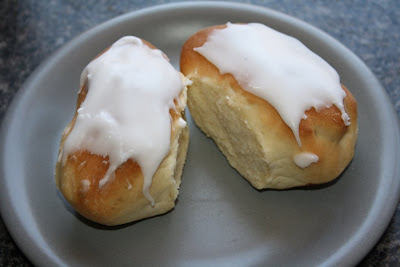 Home-made finger buns. FINALLY found a recipe that my kids will eat in lieu of the Baker's Delight ones - all I did was add an extra tablespoon of sugar to a white bread recipe, do the dough in the breadmaker, and the key is to put them close together on the tray so they have the joins like the bakery ones. Oh, and undercook them a little compared to what you would do regular bread, so they'll be soft rather than crusty. 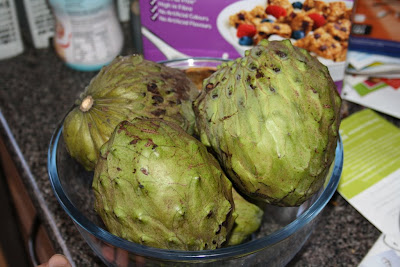 Custard apples ... the only thing I can grow, and no-one here really eats them. Palmed a couple off on friends and added one to a batch of strawberry sorbet for sweetness. Amazingly, these things sell for up to $8 each in the shops!! 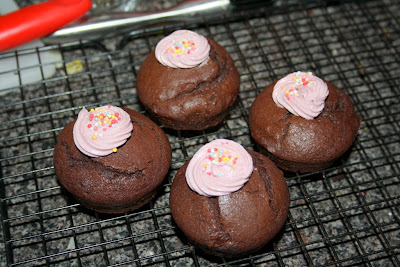 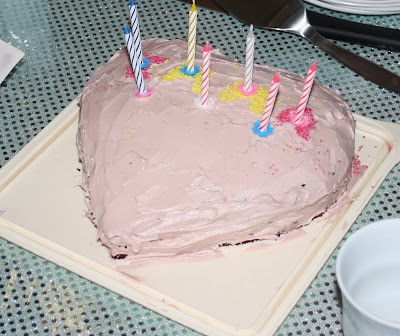 Cake for her birthday party, she only wanted a love heart and didn't mind that it was a bit of a slipshod decorating job, heh. It does say "Emma" in sprinkles. 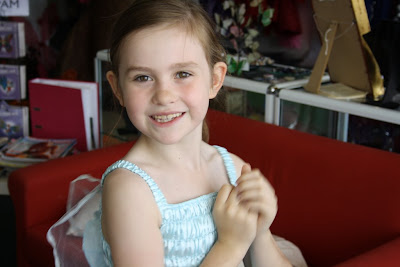 And the birthday girl herself. 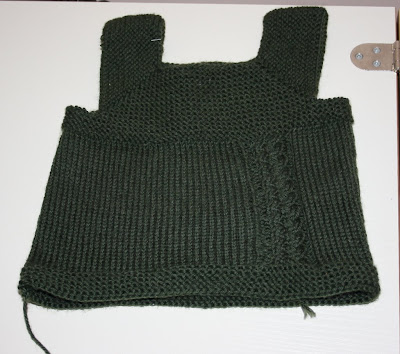 Really bad photo of the Milo vest I knitted Evie; I finished this a while ago but had no pics. I've lost my yarn needle so the ends still haven't been woven in! Argh. 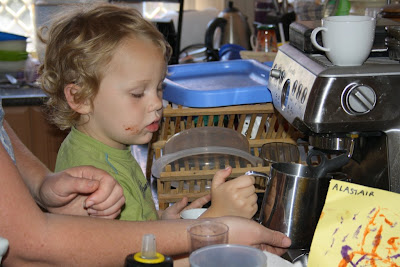 There's one important domestic art every mother should teach her son - how to make a good coffee.
Posted by Georgie at 10:55 PM 2 comments:

Bad, bad blogger, I know! Life got in the way.

I haven't been doing much crafting lately anyway, but I need to get into gear for Christmas. 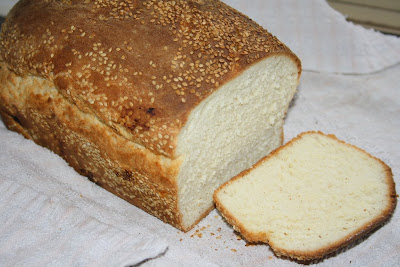 One thing I have been doing is making bread. I was lucky enough to find a breadmaker, in perfect working order, on my local Freecycle group. Only one suburb away, too!

This thing is awesome. I did make bread before, sometimes. But I had two issues: firstly, finding a big enough block of time to mix, knead, prove, knead, prove, bake, because we're in and out a lot most days. The Artisan Bread in 5 Minutes a Day takes care of that, but the kids don't like the artisan-style bread. The second issue is that I'm a lazy kneader and the bread was never light and fluffy enough.

I was buying about 4 loaves of preservative-free bread, and a bag of rolls, each week. Plus my partner kept buying lunch because neither of us got organised enough to make sandwiches. The past couple of weeks, I've bought one loaf of bread a week, and he has taken savoury scrolls for lunch.

After its first rise, roll out the dough into a large rectangle.

Spread with sauce, add other toppings and sprinkle with cheese (reserving a little cheese).

Roll up, starting from the long side. When you've rolled it into a log, pinch the edge a bit so it sticks. Cut into 2cm pieces.

Place either in a large round cake pan, or on a tray (depending on whether you want the scrolls to join up or not). Cover with a clean tea towel and leave to rise for about 30 minutes.

Sprinkle with reserved cheese, and bake in a preheated 180 deg C oven for about 15 minutes or until browned and hollow-sounding.

When cooled, they can be wrapped and frozen individually. Just pull one out each morning for lunch!

The breadmaker does make a funny-shaped loaf, so if I have time I just do the dough in there, roll in sesame seeds and bake it in a loaf tin. But for when I don't, the time delay function is awesome, being able to wake up to freshly-baked bread!
Posted by Georgie at 4:50 PM No comments: